How the universe took control of my life. 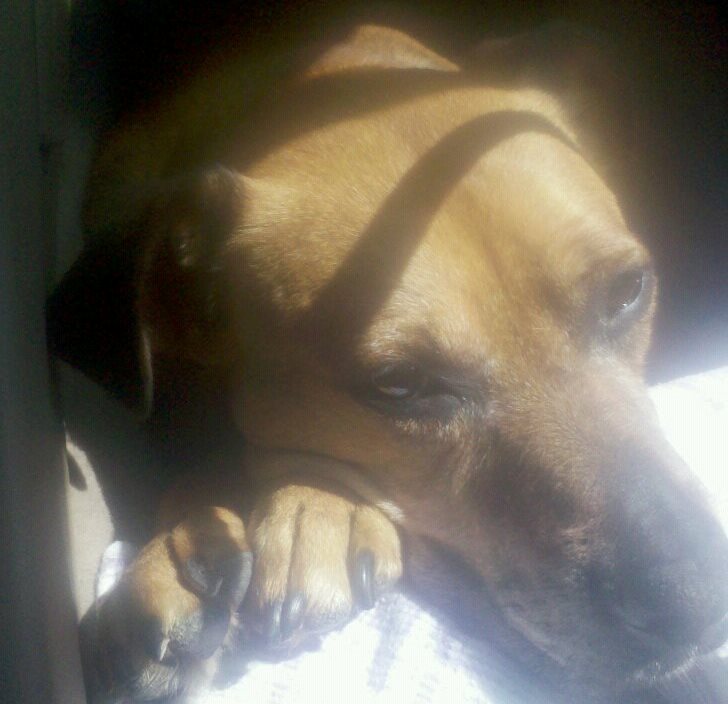 How the universe took control of my life.

Sometimes, when what you want is being denied at every turn, doors are slammed in your face, “no” is the only word you hear, and you are being beat down in various ways every day, maybe it’s the universe whispering not so subtly that you need to go another way. Some people call the universe their God, Buddha, Allah, or Higher Power. Whatever you call it, there’s no denying there is something out there that took control of my life in 2011 and continues to guide me to this day.

It wasn’t until I was living in a motel room in Minden, Nevada with nothing but my dog Porsche and what my few possessions my car could hold that I began to wake up. How I got there, from being a marketing manager in Los Angeles making six figures, I had no clue. Maybe I was being punished in some way. Little did I know I was being given the biggest gift of my life.

After being laid off, I did what every laid off manager did back then. I hit the pavement. I had brief contract positions, but nothing else was panning out. I went on interviews and they said they loved me. But, there was always someone a little bit better. One day, my husband, who was also unemployed, got a notice. We were being sued by a creditor. Debt renegotiation had failed and they were taking us to court. At the same time, we received a notice from our property management company in Texas that our renter was moving out of our home in Garland, a nearly 4,000 square foot monster on Lake Ray Hubbard. With the lawsuit and the soon to be vacant house, it was clear what we had to do. We had to move back to Texas and file bankruptcy. So, in June of 2010 we packed everything up and hit the road.

Once back in Texas, I grew my consulting firm as much as I could. I threw out resumes in California like wildfire, totally convinced we would be going back soon. A few months later, the call came. A studio I had interviewed with two times before wanted to talk to me. This was it. I was going to get my life back. We took off together with Porsche in the floorboard of my little BMW Z3.  The interview process dragged on and, as a result, my dog and I opted to stay with my mother-in-law.  My husband returned to Texas to prepare the house for rent. He was sure, as I was as well, that the house would rent, I would get a job back in California, and all would return to normal.

As the process dragged on, I began to interview again. Once again, I came in second at more companies than I could count. Then, it happened. My mother-in-law fell walking my dog and shattered her pelvis. Porsche and I couldn’t stay there anymore. I still hadn’t heard back from my one “ace in the hole” company. It was one where the COO, a colleague I had worked with off and on for years, put her hand on my shoulder and said, “Don’t worry, you’ve got this. We’re a public company; we just have to post the position first.”

I picked up the phone and called one of my clients, the publisher of a travel magazine in the Reno/Tahoe area. I was the editor-in-chief of the magazine at the time and needed a place to go. I thought the timing was perfect for an editorial visit. A few days later, I was on the road, dog in the floorboard once again. Memorial Day came and went with little fanfare and no news. One day, on the patio of a restaurant overlooking beautiful Lake Tahoe, the news came.

“I’m sorry, Diane. We found one candidate who just fit the position a little better.”

I screamed the F word loudly, in public, when I read that. Tears streamed down my face and I ran to the bathroom out of utter embarrassment for my behavior and shame for the realization I had. My publisher and the editorial team, who I was meeting with at the time, look at me like I was crazy. I felt crazy.

I had nowhere to go.

I couldn’t return to California. My dog wasn’t allowed in my mother-in-law’s house while she was recovering from her fall. I couldn’t go back to Texas. The house was being rented and I had no job prospects there. It was then I made a decision. I would stay in the Reno/Tahoe area.

I had no idea where to go or what to do. My publisher set me up doing hotel reviews where I would stay at a partner hotel a week at a time in exchange for a review. That lasted for two hotels. I tried to find a roommate, a search that was more than a little frightening with a budget of $400 a month.  I had little income from the agency I was trying to build and my options were wearing thin. Gratefully, my publisher and his wife offered my dog and I a room in their home free of charge.

Finally, I found a position that would pay well, working as a writer with the wealth expert Loral Langemeier, who was featured in the movie version of “The Secret.”  This in itself was freaky because, right before my drastic upheaval, I had watched the movie for the first time. Afterward, I delivered a simple request to the universe.  I wanted “radical positive life change.” I thought this meant I would get a position in Los Angeles and I would have my old life back. The universe had other plans.

After Loral hired me, life got good. My income returned. The house in Texas rented. It was time to invite my husband up to Carson City. He came and all he could do is complain about our new situation. To me, it had gotten drastically better. I considered the recovery to be a gift. All he could think of is how to maintain our lifestyle. It was a wakeup call.

Here’s the part of the story I haven’t divulged yet. My husband then is not my husband now. In fact, I’m 38, single and proud. My 16-year marriage had its moments, but was far from good. We were one of those couples whose lives were fabulous on the outside. Inside, though, it was a mess. Throughout the marriage, he was emotionally and mentally abusive. Eight years into our marriage, I got pregnant. He said he was a “30 year old boy” and didn’t want a child. I did not feel equipped to raise a child alone. Reluctantly, I placed my daughter up for adoption and stayed married to him. The last three years of our marriage, he was financially abusive and controlled all the money. He controlled the finances our whole marriage. To this day, I don’t know where our once-six-figure income went. I felt like a work horse. Earlier in our marriage, he would throw food at me if the fast food restaurant got his order wrong.  I remember being in the kitchen, mid-fight, and I got hit with a head of lettuce. He slapped me for the first time in 2010, just before the universe said, “Enough is enough” and did for me what I couldn’t do for myself.

I realized, after four months of living in my publisher’s home, having nothing but the ingenuity I had to start a business from scratch, the support of people who cared about me, and my dog, that I was happier having very little than having the fabulous place to live, the enviable job, the husband, the BMW Z3, the Harley-Davidson, and all the outer trappings of a successful life.

I wasn’t successful. I was bankrupt in more ways than one. On January 2, 2012, I asked my husband to leave.  In August of 2012, I quit my full-time job and became a contractor.  October 2013, after more than a year and a half of separation, I was granted a divorce.

No matter how many ways life was going wrong, back then, I believed I knew better than anyone. Battered and bruised, I finally let go and let the universe take control. The results were amazing then and continue to be nothing short of miraculous.

By the way, Porsche, that dog who rode patiently in the floorboard of my car en route to my new life, is still alive and well at 13 years old. We live in Carson City, Nevada.  Her being by my side is a daily reminder of how far I’ve come. I realize today that the Universe isn’t a fast food window. I can’t just “order up” what I want in my life. But, if I just have faith, it will serve up some tasty experiences!

Faith and gratitude—that’s what keeps me going today.

One thought on “How the universe took control of my life.”

This site uses Akismet to reduce spam. Learn how your comment data is processed.